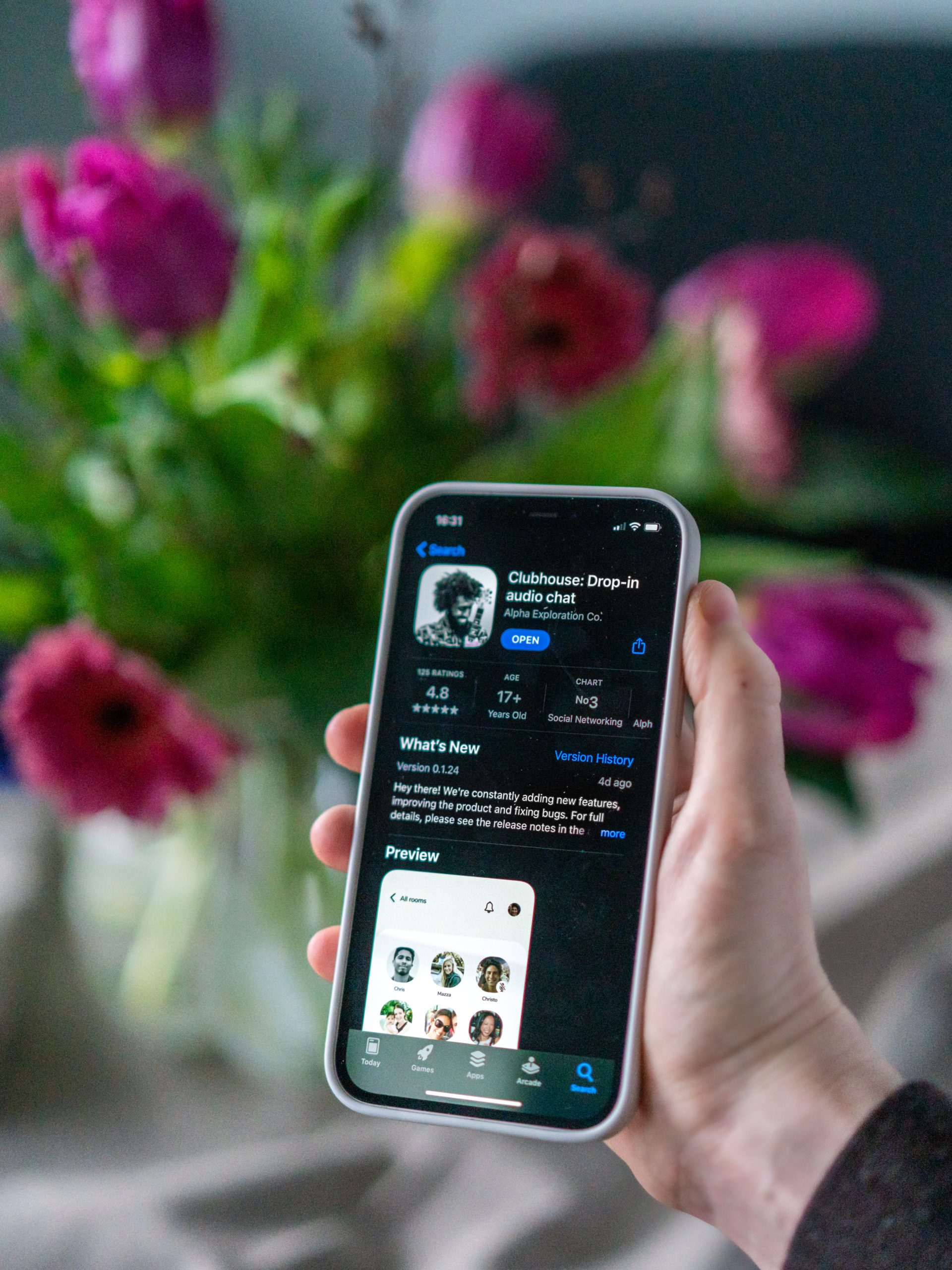 Since few days there’s a huge hype around new social entertainment platform Clubhouse. According to the founders, Clubhouse is a space for casual, drop-in audio conversations — with friends and other interesting people around the world. For now it is invite-only, opening its gates for the general public sometime later.

My first thought was – do we really need just another social platform? With Instagram, TikTok, Meetup, Linkedin, Pinterest, Quora and so on, we have all needs covered since a long time.

The second thought was however driven by curiosity and I’ve joined the party to check it out.

How does Clubhouse work?

Basically the platform consists of many clubs, which set up different rooms. Also individuals can set up a room and invite their contacts to join the discussion. All rooms are open, so anybody can actually join, listen or actively participate.

What kind of clubs and rooms are there?

There’re already tons of it, for english and german speaking members. They can be topic oriented – “Productivity Hacks”, “Entrepreneurs Network” or quite broad like “Breakfast club” or “Corporate Lunch” with no defined agenda where people meet and chat about daily things.

Who is the crowd?

Classic and social media professionals have quickly found their way there. Oprah Winfrey in the US or Thomas Gottschalk in Germany have joined the conversations. More celebrities like Ashton Kutcher have been seen glimpsing the rooms. You’ll find a former Disney marketing manager sharing his insights about Marvel series promotion. Leaders and entrepreneurs from all kind of industries are already hosting the clubs. And early adaptors are listening.

I’ve joined a promising room talk named “How I made my first million online” and was blown away by expertise and insights of the speakers. Those entrepreneurs and venture capitalists whom you’d usually have to pay or chase via personal network for an valuable exchange were suddenly just one click away. Knowing a good deal about business due to my profession, I’ve spent a whole hour taking notes and could also directly ask them any questions.

Is it worth joining now?

In this early phase most people seem to explore possibilities and shape the formats of the Clubhouse.

Like with every social platform it is worth to join early and build up own presence from the beginning. However the costs are also high in terms of invested time. Already now Clubhouse rewards active users. So you should frequently join the rooms, participate in discussions, engage as moderator and so on.

Also it is easier to engage with top-class members while the groups size is still manageable. They will grow exponentially, however.

Brands and companies are not officially allowed yet, but I’ve seen rooms named “We’re hiring” and tech companies hosting blockchain or SaaS conversations. Which of course helps to promote own brand and generate leads.

All in all, Clubhouse have had a perfect timing reaching us in special times of lockdowns and other forms of social isolation.

Nowadays people miss casual conversations with colleagues in the office or even spontaneous smalltalk with strangers in the bars, shops and outside.

Clubhouse hits the nail on a head and provides an alternative place to engage and communicate while being alone or in the homeoffice.

Keeping up with the best of what the world can presumably offer in private and professional life.

Thank you for subscribing.

The form collects name and email so that I can send you updates! No spam.