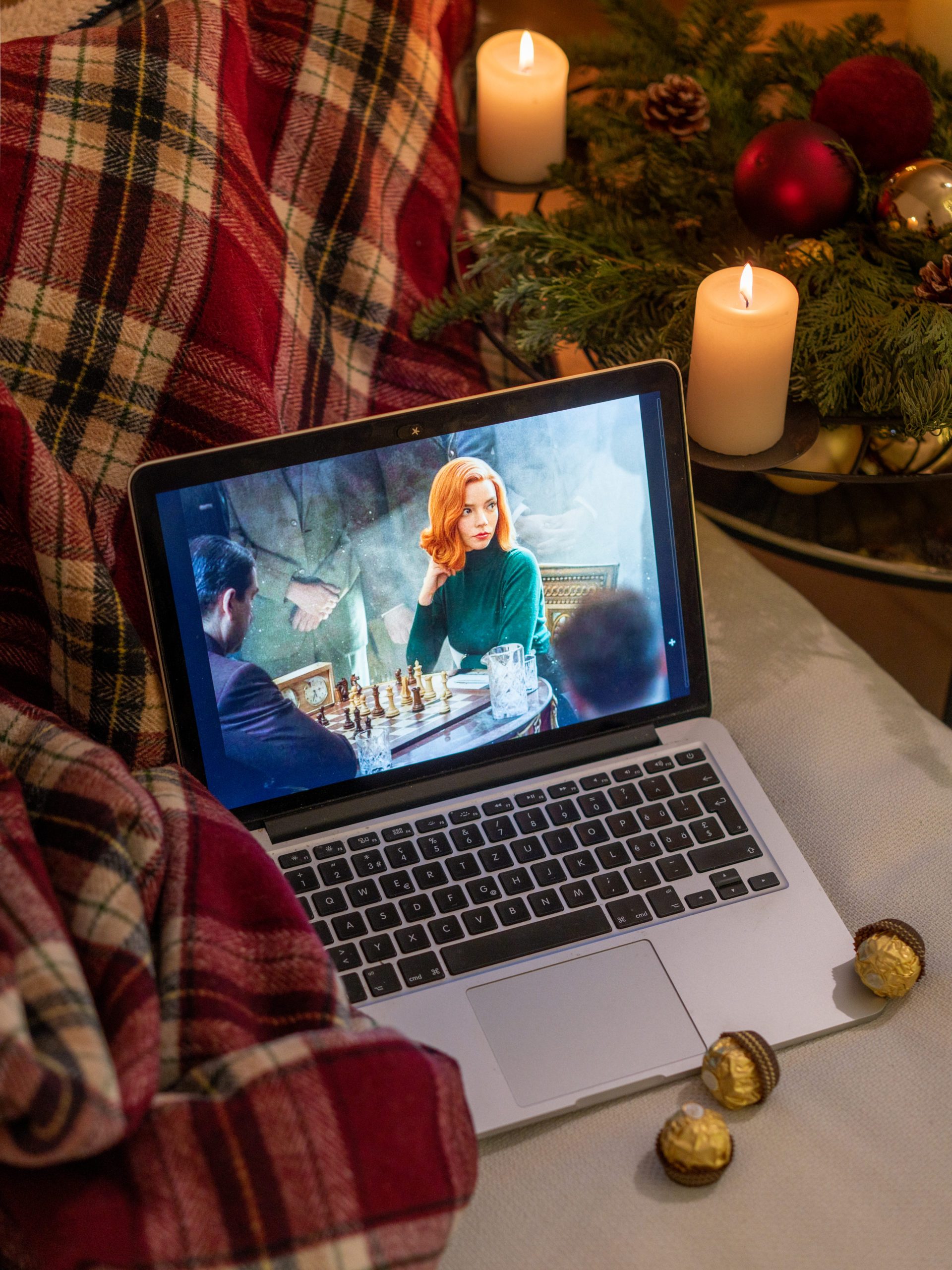 Due to the lockdown and other pandemic policies I have spent most of the 2020 at home. One of the few available entertainments were of course the TV shows. Frankly speaking, I’ve never been watching so much TV as this year! Not less than 20 series helped to escape gloomy news about Covid-19 and resist going out more than it was necessary. As many of us will spend Christmas time at home again, I’m sharing some my impressions for your watching pleasure.

Netflix’s miniseries tells the story of Beth Harmon –  an orphan girl conquering the chess world while facing her own demons.

I love complex characters with rough edges and Beth is definitely one of those! She’s a chess genius winning almost all of her games – but the costs are also high. Not only her determination to become a grandmaster but also her taste in fashion is very inspiring.

In the three-part miniseries based on Bram Stoker’s horror classic, Sherlock’s creators interpret the vampire story in a new way.

You might dislike vampires in general and the offered storyline in particular, but Claes Bang starring as the title character is just amazing! No Dracula so far managed to develop such a charismatic appeal. Another highlight is his opponent, Sister Agatha Van Helsing. Her serenity and sense of humour capture immediately – an unusual, but memorable character!

I have to tell you, that I’ve read all of Perry Mason books. In fact, I’ve read them several times. It is one of my most favourite book series portraying famous, energetic and unconventional L.A. advocate who always managed to solve the murderer cases and save his clients from criminal sentence.

That’s why after initial anticipation of a great book adaptation I was quite perplexed when watching the first episode. This little reserved chap should be the great Mr. Mason? And cool, career-minded Della should be his devoted secretary? And why Perry, an excellent boxer can never defend himself? Beside that now he has a family and a child. Never. It must be some other Perry Mason.

Well obviously the series aimed to show a transformation from an ordinary to an exceptional person – and in the end, I’ve overcome my resistance and have fallen for Matthew Rhys. Looking forward to the season two and what happens to him next.

Worth to mention the beautiful vintage yet fresh brown-greenish colour palette of the series – every shot is a delight!

This is the story of a prosperous family dealing with the accusation that their 14-year-old son may be a murderer.

You might primary like to find out whether the boy is guilty or not and will be eventually disappointed about rather an open ending (while the book doesn’t leave that much space for interpretation). I’ve been fascinated by the storyline of both parents and how the accusation has affected and continually destroyed their well arranged life – each of them in a quite different manner.

The Truth About the Harry Quebert Affair

A young writer heads to his mentor’s home to find some inspiration for his next book. Instead, he finds him been accused of murdering 15-year-old neighbour girl, who went missing years prior.

Although I’ve read the book it was a long time ago and so I didn’t remember all the details. This definitely helped to get a fresh impression and enjoy the series, which hasn’t disappointed! Quite the contrary, it is beautifully shot and directed. And Patrick Dempsey (whom I didn’t specially like so far) is brilliant in his role as Harry Quebert! So whether you’ve read the book or not – it is worth watching.

First of all, there’s the best main title theme of the whole list! I used to listen to the 10 hours long youtube version during the summer workdays. https://www.youtube.com/watch?v=LlgWqcHXD8w

The series follows the family of the fictional US media and entertainment mogul Logan Roy and his four children longing for power and fighting to control the company.

Every one in this show is a very complex character with good and bad sites, making it difficult to continually sympathise one or another protagonist – but it keeps you at the edge of your seat. It is quite difficult to predict the next move, which is great.

Also amazing to observe, how everyone rotates around the family patriarch Logan like a satellite. Despite their own privileged status, fortunes and dreams, these are Logan’s plans, travels, meetings that matter most. Nobody even tries to find an own path beyond Logan’s empire. But who knows what happens next?

Keeping up with the best of what the world can presumably offer in private and professional life.

Thank you for subscribing.

The form collects name and email so that I can send you updates! No spam.